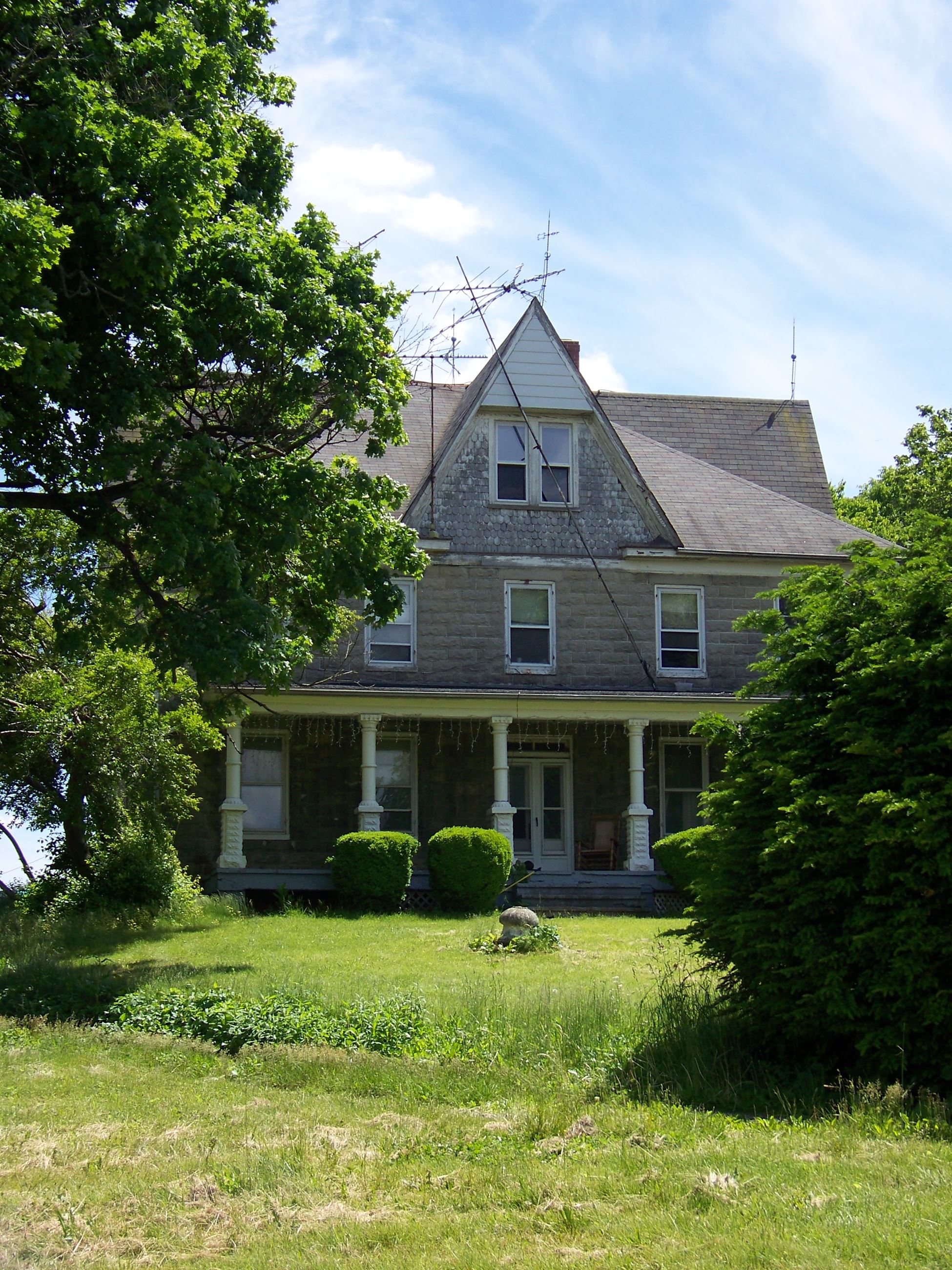 Built by Daniel Charles Flook in the early 1900's, the home incorporates a number of modern building techniques and materials, which became popular at the start of the twentieth century.

This includes the use of a poured concrete foundation and the use of rockface concrete block, which was first patented in 1900 by Harmon Palmer.

By 1908, there were a number of homes in Frederick County being constructed from this new sturdy, fire resistant material.

Though utilizing a number of modern building techniques of the early twentieth century, the house reflects the architectural styles of an earlier time appreciated by Daniel Flook and his young wife, Nena.

The use of Queen Anne Revival design features would have been common practice at the time Daniel and Nena Flook began construction of their home in 1904.

The incorporation of Colonial Revival design features is unique in the fact that between 1880 and 1910, very few homes would use this style as the Colonial Revival style would become dominant from 1910 until the 1930's.

Beyond the style of the house, the home was designed to provide the Flook family with plenty of room to entertain family and friends, and to provide ample space for the young family.

The Flook house was the center of the Flook family farm and Daniel and Nena Flook raised their seven children in this home. The land the house sits on was inherited by Daniel Flook from his parents in 1910, and was an operational farm with an emphasis on dairying through the 1960's.